Home > Blog > Asleep At The Wheel: A Hidden Health Hazard? 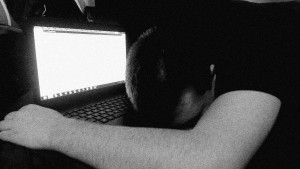 A manager told me that one of his reliable developers seemed to be struggling to maintain focus and wakefulness through the work day.

Often we see productivity as a matter of raw effort and motivation. A less enlightened manager may have chided the developer for his lack of energy and attention. The manager may have “motivated” him with implied threats or “heart-to-heart” talks about working harder.

In this case, assuming a motivational problem would have left a serious health problem unresolved, and might have led to a dismissal.

Instead, this manager took the developer aside and asked him how he was feeling. After some discussion, the developer consented to do a sleep study which led to a diagnosis of severe sleep apnea.

A person with apnea stops breathing in his sleep. In time, panic reflexes kick in and the sufferer wakes with a start and breathes again. He can spend the whole night in bed, and still suffer from sleep deprivation.

After just three days sleeping with a CPAP machine to control his night-time breathing, the developer had fully recovered his vitality and decisiveness.

“He had been a rock star before,” said the manager, “so I can’t wait to see what he can do now!”

Not only did one developer gain capacity for more and better work, the whole team saw that the manager was taking care of them instead of treating them as mere code-producing mechanisms.

Valuing safety made a change from administering the work to concern for the welfare of team members. As a result, there is more resilience, vitality, and productivity in the team.