Home > Blog > Why Are Most Agile Adoptions Failing?

Most agile adoptions show very little success. Most teams show only a moderate increase in productivity. Based on my experience and many conversations over the years, I’d say that only 10% of agile development teams actually reach “high performance” where they are achieving 200% to 500% improvements. We can do much better than that. And a key step is examining Agile through the lenses of learning and safety.

So, building on Is it Safe to Fail?, let’s take that question into the agile software development world. Learning is the biggest part of software development, and those teams that can accelerate their learning the most become the most productive. Agile teams, when they find their rhythm, have the potential to be such teams. Successful agile teams learn at every opportunity – through both success and failure. Agile methods leverage one type of learning more than all others – that is, learning through failure. And to be able to learn from failure, we must feel safe enough to fail. But here is the catch: 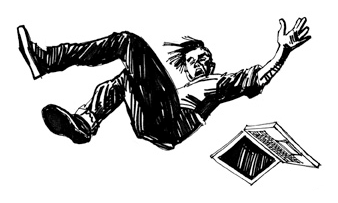 Failure is inherently unsafe and most teams and organizations are not places where we can safely learn from failure.

Here are some common ways individuals and teams do not feel safe enough to confront and learn from failure:

And on and on… In the session at QCon NY I led last week all of the attendees were practicing one form of agile development or another. The majority of them were not getting great results. And in a 5-minute exercise, we were able to list no fewer than 20 different situations where lack of safety keeps us from leveraging agile methods effectively. So what do we do?

We in the agile community need to take notice of safety and become experts in making it safe for individuals, teams, and entire organizations. We need to look both inside and outside agile development circles for our answers. Here is what I am aware of so far:

So here is what has crystallized for me:

Safety has become something explicit that we at Industrial Logic bring into everything we do – both internally and externally – and I as well as my colleagues will be blogging about our journey and our findings along the way. However, we are one organization in the software community. This is a call to action – to anyone who is struggling to create great software – to start to see safety in their organizations and to learn to make things more safe and then share with the community so we can advance the state of the art. 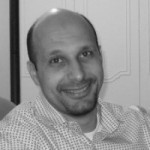