Home > Blog > The Simplicity of Socks 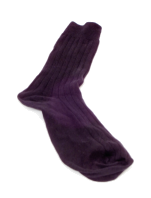 Most of my socks either don't match or are on the verge of becoming orphans.

During a recent trip to China, I sent out my clothes to be cleaned and within an hour, got a call from the laundry folks telling me that my socks didn’t match.

How impressive, I thought. They don’t want me to complain about non-matching socks when they return my clothes. I assured them I already knew about this problem.

Why Don’t My Socks Match?

Of course, I do have some matching pairs. Yet as the years pass, my socks turn into a motley crew of orphans because I’ve failed to design simplicity into my sock life.

Jerry’s sock drawer contains socks that are the exact same color and size. If a sock gets lost, it can be paired with another. Jerry never has to match his socks to his clothes, since all of his socks are already designed to match all of his clothes. And after years of wearing his socks, Jerry eventually throws them all out and gets a brand new set.

After hearing Jerry’s story several years ago, I endeavored to try it.

I found myself at a Cutter Consortium Summit in Boston with legends like Tom DeMarco, Tim Lister, Ken Orr and others. During a break, I darted over to a nearby mall and found a Banana Republic store. I found a style I liked and bought 9 identical pairs.

Delighted with my commitment to simplicity, I headed back to my hotel room, put on a pair, and headed back down to the conference.

Several minutes later I was enjoying the great wisdom of some distinguished speaker when I began to get an unpleasant sensation. One of my socks was slowly falling down my calf. I pulled it back up, hoping it was only a fluke. Minutes later, the other sock began to fall as well. I’d bought 9 pairs of these darned socks, yet I had failed to test them first!

I returned the socks at the mall, returned home to San Francisco and re-committed myself to simplifying my socks.

My next failure came in the form of three pairs of expensive, knee-length socks that I bought online from Saks Fifth Avenue.

The new socks seemed perfect: they were sturdy and they stayed on my calf all day long.

The problem, which I discovered months later, was that those knee-length socks were far too hot during the warmer months.

The failed experiments led me to give up on my quest for sock simplicity. I’d live as I had, with the assortment of socks in my drawer, the morning ritual of finding some socks that looked close enough in color, etc.

A few year passed. Then the laundry people in China called about my mismatched socks. Embarrassed, I decided to re-commit myself to simplicity.

The other day I bought 3 pairs of socks at the Gap for USD $15. These socks are mid-calf height and aren’t too thick to be uncomfortable during warm weather. 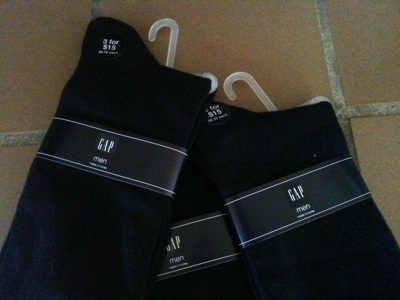 If these socks work, I will throw out all of my socks and quickly buy 7 more pairs of the Gap socks.

If you're seeking Simplicity in your design, your process, your product, even your build script, you need to work at it.

Simplicity isn’t easily achieved, yet it is well worth pursuing. I’ll let you know if I succeed with my socks!