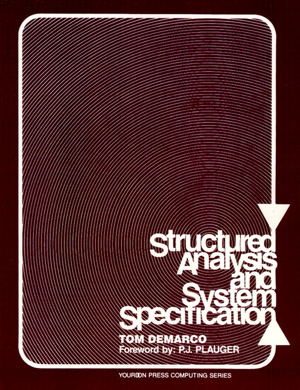 Tom DeMarco made software analysis and development inherently safer in 1978 when he published his classic, Structured Analysis and System Specification.

Even back then, Tom saw how unsafe it was to:

Instead of shooting for perfection, Tom acknowledged our fundamental need to iterate:

“The human mind is an iterative processor. It never does anything exactly right the first time. It is particularly good at taking an imperfect implementation of a given task, and making significant improvements to it. This it can do over and over again, coming up with better results each time.”

“We have to stop writing Victorian novel specifications, enormous documents that can only be read from start to finish. Instead, we have to learn to develop dozens or even hundreds of mini-specifications. And we have to organize them in such a way that the pieces can be dealt with selectively.”

Tom would be quite at home with Agile’s iterative approach to user stories and the mini-specifications we write as scenarios.

Rather than using ambiguous language to define system behavior, Tom showed how a variety of diagrams, including Context Diagrams, could help clarify essential functionality, like important system inputs and outputs.

Rather than living with high maintenance costs, Tom said "Maximize the ease of modifying the system."

He wrote, “Because there is so much to be gained by reducing the cost of maintenance, it makes good sense to dedicate extra development effort if that will help.

In particular, if an additional 10 percent expenditure on design and coding could reduce maintenance costs by 10 perfect, the trade-off would be overwhelmingly favorable.”

Here they are, together with partial explanations (not the original full paragraphs) by Tom DeMarco:

In short, Tom’s classic book helps us learn that it is safer to:

Tom made the software industry safer for practitioners in the 1970s and his wisdom is still relevant today.