What is agile’s most valuable practice?

No other practice does a better job of managing risks in software development.

Evolutionary Design influences how we organize people and teams, plan what to build, collaborate, integrate, develop and release.

So why aren’t more people using it?

Perhaps they don’t understand Evolutionary Design and how valuable it is?

It’s time to change that.

Beginning With A Primitive Whole

In order to practice Evolutionary Design, you must understand how to plan and develop a primitive whole.

A primitive whole is a fully assembled yet extremely under-developed version of a finished whole.

The main parts are all there, but they are primitive.

The primitive whole doesn’t do everything that the finished whole will eventually do.

While you may envision a fantastic finished product or feature, you begin with an immature implementation.

Consider how the guitar below evolves from primitive whole to finished guitar:

Wait a minute, is that first guitar even a guitar?!?

It only has two strings, no tuning pegs, no frets, saddle or bridge and even lacks a sound hole!

And it’s precisely what we wanted: a primitive starting place, an under-developed whole (not a bunch of unassembled guitar parts) that will evolve based on needs, priorities, risks and feedback.

Given a description of a fully-functioning feature or product, it takes skill to see it as a primitive whole.

Producing a primitive whole requires saying “No” when beginning a feature or product.

In the earliest iterations of our new payroll system there will be no accounting for sick leave, no support for vacations, no handling of federal or state taxes or leaves-of-absence.

In the first shipping version of our plugin, we’ll use our older technology stack and no new programming languages, no new event streaming model and no upgrade to the latest WebSockets (which will necessitate upgrading and testing a lot of production software).

Saying no early on doesn’t mean you ship crap.

What you create in early iterations isn’t the final, shipping version.

You ship when you are ready to ship.

Producing a primitive whole early on helps us manage collaboration and integration risk.

Why is that important?

Because collaboration and integration risks are rife in software development.

Meanwhile, the biggest risk these people face early on is not that they can each finish independent pieces of work and increase a project percentage done metric, but that they can successfully collaborate and integrate even basic functionality.

A cross-functional team or collection of teams, consisting of all the key people needed to plan and build a product, is far better prepared to handle collaboration and integration risk.

Producing a primitive whole requires that people collaborate and integrate early and often.

We prefer to do this as continuously as possible, hence the agile practice called Continuous Integration.

Imagine you have five teams working together to produce one product.

All five teams must have a shared understanding of what they will build, as well as what the primitive whole will and won’t do.

And all five teams must continuously integrate to produce the working, primitive whole.

Ten years ago, my colleagues and I helped a group of 500 people, assembled across 30 teams, working on a suite of time-management applications, integrate their work after just one month of development.

While that may not sound very amazing, consider this: they normally waited 6 months to integrate and they had fallen into a cycle of 6 months of work, followed by 6 months of hardening time (fixing bugs and getting the software to work).

After introducing Evolutionary Design, this very large group discovered that they could indeed evolve functionality and integrate all of their work early and often.

They eventually got to the point of integrating across all 500 people once a week.

A Doorway to Discovery

Evolutionary Design helps us discover what we most need to deliver.

Imagine opening up several brand new buildings on a college campus but not providing any clear pathways to those buildings.

Christopher Alexander and team did that on the University of Oregon campus in the early 1970s.

Students and faculty began using the new buildings and as they walked to and from the buildings, natural pathways began to emerge.

Once the architects could see where the pathways emerged, they could confidently construct paved pathways.

This is the opposite of upfront planning.

In software, getting early evolutions of a product or feature into the hands of customers allows you to rapidly discover their needs.

We recently released an early beta of a new plugin to a few clients.

We had internal discussions about what cool new features to build next, none of which mentioned anything as unsexy as adding proxy support for corporate firewalls.

Yet after quickly releasing the basic plugin, we learned that users could not use it without proxy support.

Evolutionary Design drove us to release early, which allowed us to gather feedback faster and discover our users essential needs.

Discovering what you need to deliver is far different from managing a backlog of predetermined work.

The Most Valuable Practice?

Evolutionary Design is both a management and technical practice: it influences how we organize people, plan work, develop and release.

I said at the beginning of this blog that it is agile’s most valuable practice.

It helps us manage collaboration and integration risk by guiding us to produce a primitive whole.

It tests that we are collaborating successfully by asking us to integrate early and often.

It helps us discover what our users need.

So why is this practice missing from most of the agile teams and organizations I visit around the globe?

Is it because popular forms of agility (e.g. Scrum) don’t explicitly mention it?

Or because the Agile Manifesto is too implicit in advocating it?

Or because it’s hard to implement, requiring too many organizational changes?

I’m curious to hear your thoughts.

Why isn’t it practiced widely around the industry?

And if you’d like to see more people benefiting from Evolutionary Design, please forward them this blog.

Thanks to Alex Freire, Tim Ottinger and Woody Zuill for reviews and suggestions for this blog. 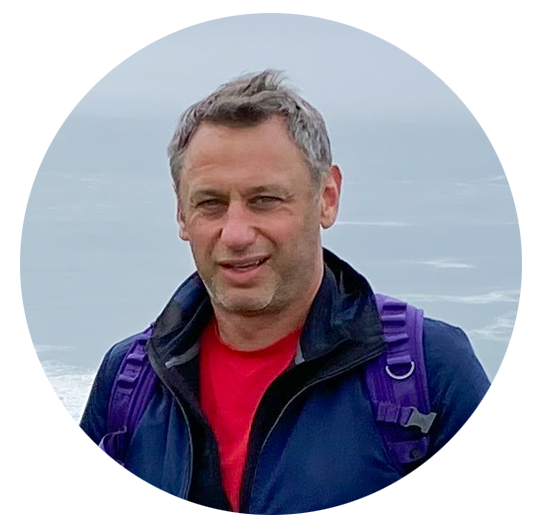