Home > Blog > Empathy is Not Endorsement

During a conversation in class yesterday we were talking about how we as humans react in the face of bad behavior. In the middle of the discussion someone in the class typed this in the Zoom chat:

“Empathy is not endorsement.”

This powerful statement stopped me dead in my tracks.

Very recently, I witnessed some very bad behavior from someone I care deeply about.

This person was lying and being deceitful to almost everyone they knew because they were afraid of being judged for making a massive life change, leaving a wake of heartache and frustration behind them. Instead of being honest about their situation they chose to cover it up as best they could. This behavior had gone on for months without myself or anyone close to them knowing about it.

When I discovered these things, I was absolutely floored because it was completely out of character for this person. I felt totally betrayed. Why would they behave like this? Why would they act like this to people who care about them?

When I was getting ready to have a conversation with this person about this behavior, I really didn’t know how I was going to approach things. My stomach was in knots, and I was angry and filled with judgment. But these words, “empathy is not endorsement,” made me reconsider my approach.

A lot of my work is around human behavior and how we interact with one another. Every day we have hundreds of exchanges with people; every exchange is an opportunity to learn and to connect. Some of these experiences are good, some are confusing, some are painful.

So, what do we do when we’re met with challenging behavior?

When we feel intense emotions, they flood our nervous system. Maybe we shut down (“flop”/”freeze”), maybe we yell (“fight”), or maybe we try and somehow fix whatever is wrong with them (“fawn”).

We usually want the person in this situation to know we aren’t happy with whatever “bad” behavior they’ve exhibited. Unfortunately for us, if we’re reacting with a trauma response like shutting down or yelling, we aren’t thinking clearly. We’re likely in “amygdala hijack.” This means that our frontal cortex, the logical part of our brain, can’t process things like it normally would because our amygdala senses a threat and has taken over. However, note that the logical part of our brain doesn’t equate to control - we can experience a wide array of emotions that are perfectly logical and rational. If we are reacting to something we think is a threat we react as such - we yell, we cry, we shut down - we have one or many trauma responses. And really, we’re not in a clear frame of mind. And yet, as humans, we react anyway.

For me, if I’ve given in to a trauma response in intense moments with people, I’m often filled with regret. Did I allow someone’s behavior to control my own? Now am I judging myself based on my reaction to someone else’s bad behavior?

And so, when I thought about my impending conversation, I wondered what would happen if I approached it from a place of empathy. Not that I was okay with their bad behavior, far from it - in fact, it was extremely challenging to be able to see that empathy wouldn’t just be helping them but would also be helping me. I saw that maybe I could position myself to practice a little more kindness in the face of this challenge. Maybe it could be a little less difficult for both of us, as I knew they were likely coming from a place of fear which led to these bad decisions.

So, I channeled my frustration and turned it into empathy. And since I wasn’t endorsing the behavior (quite the opposite, I was creating a conversation around it) the empathy was easier to tap into.

When the conversation finally happened, this person was expecting me to be extremely angry or hurt by their behavior, and thought I’d maybe lash out at them. While I certainly did feel anger and sadness, I was able to speak calmly about how I felt (some feedback models are easy to remember and follow, like situation/behavior/impact), and from there I was able to tell them that while I wasn’t okay with their behavior, I understood that they were having many struggles and that they’re human like the rest of us.

This was shocking to them. They told me they didn’t know what I was going to say or do, but they were preparing for the worst and felt they deserved the worst because they were steeped in shame. And I need to share how intensely difficult this was for me. I’m not a robot, I have feelings and can be wounded. The path of empathy just sent me on a very different journey than wanting to burn everything down - and left me in a better place. It’s not just as simple as two sides, “be angry” or “forgive.” There’s a lot of work to do to connect one to the other.

And so, in this instance, we were able to stop the cycle. In the end this reframing helped them to own their behavior in a way that actually made them start leading from a place of responsibility instead of shame. I certainly left the conversation feeling better than I would have if I had come from a place of anger or judgment.

These words of wisdom from a student in class are going to become a part of my practice going forward as often as I can. I’m not going to get it right every time and sometimes the “amygdala hijack” will get the best of me - but having an awareness of this approach and continuously learning from these interactions are steps toward conversations that lead to better outcomes. 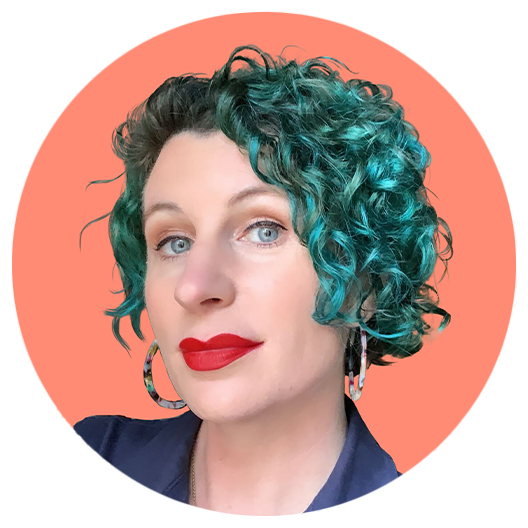